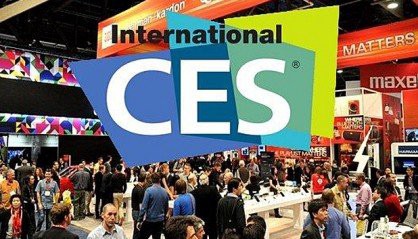 January 11, 2016 In Conferences By Tony Winders

Why the Marketing Industry Craves CES

While the headlines emanating from CES in Las Vegas last week centered on the latest gadgetry in wearables, VR and the Internet of Things, the real news for the marketing industry was happening far from the show floor.

The biggest headline for marketers is who was there. Virtually every major consumer brand and agency was represented at CES, kicking off the 2016 circuit, which, along with SXSW, Cannes, DMEXCO and Advertising Week comprise the “Big Five” confabs where technology, media and marketing executives now meet regularly to learn, network and get deals done.

Buy why do marketers love CES? And why now? It’s not because Michael Kassan (MediaLink/C-Space), Marc Sternberg (Brand Innovators) or Drew Ianni (APPNATION) drag them there, though their events have become the de facto hubs for marketing execs to connect at CES. No, it’s because brands know everything having to do with media, technology and consumer behavior is changing — again.

As Shelly Palmer pointed out during his Innovation Series Breakfast keynote, the real innovation this year wasn’t doorbell apps, cheaper 4K televisions and foldable displays; it was about how technologies that have been there all along are being used in new and creative ways. These iterative changes and the ingenuity of those who coble them together are a potent combination and brands are taking notice.

Brands need and want to understand this nuanced evolution because it impacts where consumers spend their time and attention. Furthermore, the technology can truly empower brands to understand and engage with consumers in new and interesting ways. Nothing could be more important than seeing firsthand the devices upon which a brand’s messages may someday appear, the delivery mechanisms by which they’ll get there and meeting the people who can do the deals required to integrate their messaging into these new platforms, devices and content.

While the biggest news from CES may not appear to have an immediate impact on marketing, take a look one layer beneath the surface of IoT, wearables and VR at CES, and you’ll find plenty of examples of how brands are already thinking about and taking action in these emerging categories.

Many pundits agree the Internet of Things is the “next big thing,” however just because something can be connected doesn’t mean it should be — something Altimiter analyst and digital anthropologist Brian Solis jokingly referred to as the “Internet of Shit.” According to IDC analyst Carrie MacGillivray, the most visible expression of IoT is going to be in the home, however better interfaces and a real consumer value proposition are needed before we reach the 30 billion devices IDC predicts will be connected by 2020. Another major issue is interoperability — what’s the OS that will make Samsung’s new Family Hub smart refrigerator communicate with Sengled’s smart light bulb or Google’s Nest? The most creative IoT brand integration I saw at CES (announced in October) was Campbell’s Kitchen App for Amazon Echo, which besides responding to voice commands with your favorite tunes, will answer questions and serve up recipes according to your profile, the weather and what’s trending on its website.

It was no surprise VR was a hot topic at CES. What I didn’t see coming was how it’s also breathing new life into Augmented Reality. At Michael Terpin’s Tech Debut, Halsey Minor gave personal demos of his new Quantum Leap VR camera. With its 16 HD lenses and the ability to render real-time video for live streaming, the system also features an augmented reality layer to allow the insertion of 3D virtual objects and animation into a live stream. Microsoft VP Thom Gruhler showed the Brand Innovators Mega-Trends audience how the company’s HoloLens brings “mixed reality,” or the creative integration of AR and VR, which consumers will soon be able to experience via headsets in Volvo showrooms. VR content and brand experiences are in play, but with only 25 million VR and AR headsets predicted to be sold by 2018, it’s still a bit early for full on advertising media integration.

Far from the visually immersive features of VR, screens on wearables are practically non-existent. So where do brands integrate with a popular emerging technology where there’s no display? According to IDC analyst Karsten Weide, it could be through AR, but fundamentally it’s all about the persistent access to data. Wearables have the potential to know more about us than we do about ourselves — they capture troves of data that create more accurate profiles about us that we could create ourselves, because they report on what we actually do, not what we say about ourselves. With more than 32% of the US population expected to be using wearables by 2018, it may not be about advertising per se, but rather the data that informs advertising strategy, media planning and retail consumption. A few companies mentioned by Mr. Weide as pioneering the frontier of marketing and wearables were FitAd, Mindshare, Tapsense and Undertone.

These are just a few examples of how brands are thinking about consumer technology and only begin to scratch the surface of what was being shown and discussed at CES. Did you see a creative mash-up between marketing and technology worth sharing? If so, I’d love to hear about it! Please email me at tony@marketing2marketers.com.