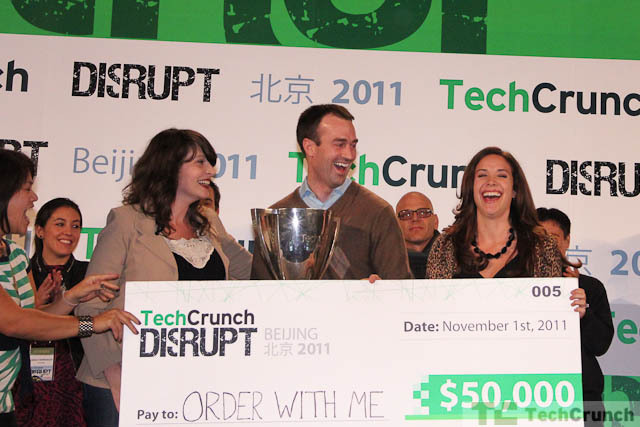 “Never doubt that a small group of thoughtful, committed, citizens can change the world. Indeed, it is the only thing that ever has.”

Shervin Pishevar of Menlo Ventures shared this quote to characterize to the Silicon Valley culture, just before announcing the Menlo Talent Fund on stage at TechCrunch Disrupt in San Francisco last week. He described it as a “quick decision angel fund” to help entrepreneurs launch their ventures with up to $250,000 in seed funding. With a prominent “Jedi Council of Mentors” and eight companies already funded, he claimed to fund within 24-72 hours of a pitch and offered to “back your dreams and change the world together.”

While this sort of rapid funding approach sounds enticing and may accelerate the deal process and help VCs avoid missing opportunities, it seems like little more than an option to me and not entirely strategic. The Menlo announcement gave way to an interesting discussion about the role of venture capitalists and their relationship with entrepreneurs.

What do entrepreneurs really want from VCs? According to host Michael Arrington, they of course want money, but they would also like for their VCs “not to screw it up,” suggesting they should stay out the way until the companies really need them. Put more diplomatically by other members of the panel, startups should expect their investors to add some intrinsic value to the venture, not just their money. According to Joe Kraus of Google Ventures, there was a time when the VC’s role was primarily to help hire the senior management team and make business connections. Today, he said it’s also about knowing what the business needs and teaching the skills they know best and young entrepreneurs aren’t expected to know yet, like how to hire great engineers.

James Slavet reiterated the point by explaining that venture capitalists aren’t necessarily good at everything, the same way no single employee can do everything. He challenged entrepreneurs in the audience to identify the areas in their relationships VCs where you can get the most value and to understand value can show up in different ways at different times. Slavet predicts the future of venture capital will see fewer firms investing in companies at a wider range of stages, but said it’s hard for a VC to be a generalist and said operating experience, flexibility and specialization within a particular category will always be useful at any stage.

There was a general consensus among the panel that the physical proximity of a startup to its venture capital partner matters to its success, based mainly on contacts and the notion that not being in the same market slows down a company’s ability to hire and limits the number of potential exit opportunities. Arrington suggested this may be more symptomatic of Silicon Valley investors being lazy. After all, there are startups all over the world who are plenty successful. Regardless, it was a poignant reminder that even in our connected world, success comes down to trusted relationships and doing business with people we like.

Wherever a company or its investors or based, venture capitalists should be able, and expected, to make valuable connections for their portfolio companies. Everybody’s money is green. It’s the money that adds the most value to a business that matters most.